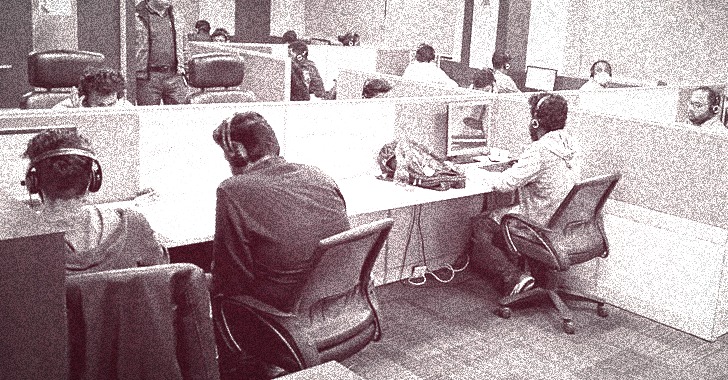 A number of India-based call centers and their directors have been indicted for their alleged role in placing tens of millions of scam calls aimed at defrauding thousands of American consumers.

“Criminal India-based call centers defraud U.S. residents, including the elderly, by misleading victims over the telephone utilizing scams such as Social Security and IRS impersonation as well as loan fraud,” the U.S. Justice Department said in a release.

According to the November 2020 indictment issued against E Sampark and Gupta, the calls from India-based phone scammers led to reported losses of over $20 million from May 2015 to June 2020, with the company maintaining roughly 60 servers in the U.S. state of Florida for this purpose and which contained over 130,000 recordings of scam calls.

The scheme involved the callers posing as Internal Revenue Service (IRS) employees to dupe the victims into transferring money, threatening them with arrest and fines should they fail to pay back taxes. The illegally amassed funds were then laundered through an overseas fraud network.

As part of the Social Security scam, the fraudsters purported to be federal agents in an attempt to mislead victims into believing that their Social Security numbers (SSN) were involved in crimes and once again applied intimidation tactics to trick them into sending cash.

Lastly, the callers also masqueraded as people working for lending institutions and informed the affected parties that they were eligible for fictitious loans, only to direct them to “pay upfront fees to demonstrate their ability to repay the loan” in exchange for nothing.

“Scam robocalls cause emotional and financial devastation to victims, particularly our vulnerable and elderly populations,” said U.S. Attorney Kurt Erskine in a statement. “These India-based call centers allegedly scared their victims and stole their money, including some victims’ entire life savings.”