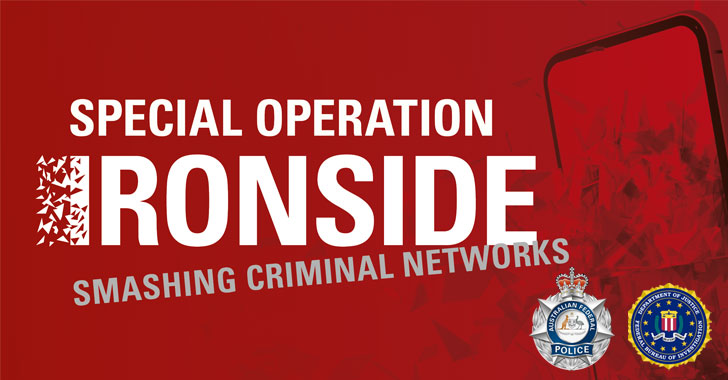 Dubbed Operation Ironside (AFP), Operation Greenlight (Europol), and Operation Trojan Shield (FBI), the long-term covert probe into transnational and serious organized crime culminated in the arrests of 224 offenders on 526 charges in Australia, with 55 luxury vehicles, eight tons of cocaine, 22 tons of cannabis and cannabis resin, 250 firearms, and more than $48 million in various currencies and cryptocurrencies seized in raids around the world.

A total of more than 800 arrests have been reported across 18 countries, including New Zealand, Germany, and Sweden. Europol called it the “biggest ever law enforcement operation against encrypted communication.”

The communications allegedly involved plots to kill, mass drug trafficking, and gun distribution, according to the AFP. Access to these encrypted messages was gained lawfully through using the Telecommunications and Other Legislation Amendment (Assistance and Access) Act 2018, the agency added. 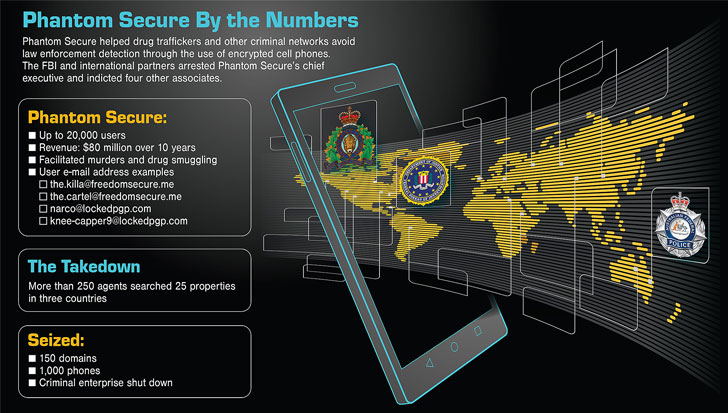 The encryption barriers were surmounted by inserting a master key into ANoM’s encryption system that was stealthily attached to every message, thus enabling the law enforcement to execute a man-in-the-middle (MitM) scheme to decrypt and retrieve the messages as they were transmitted. For devices located outside of the U.S., an encrypted “BCC” copy of the messages was forwarded to a server outside of the U.S., from where it was forwarded to a second FBI-owned server for subsequent decryption. 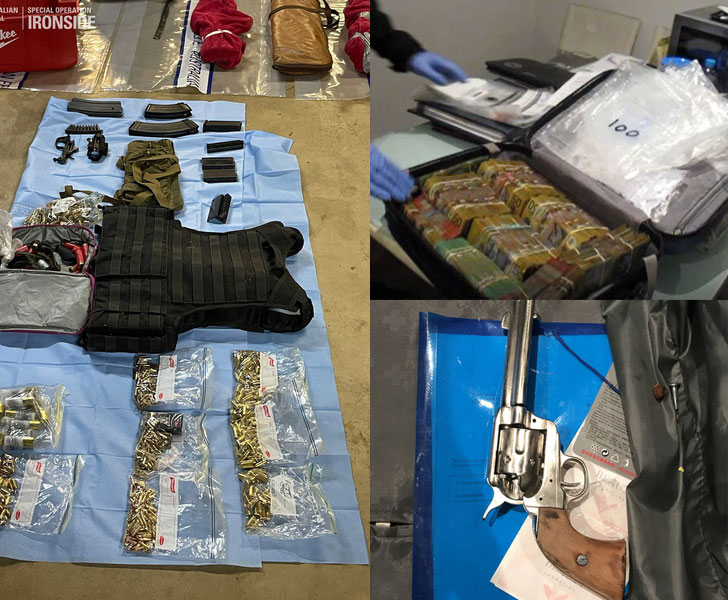 ANoM (aka Anøm) is said to have been intentionally created to fill the vacuum left by Phantom Secure, another encrypted phone service dismantled by the FBI in 2018, thereby allowing the agencies to monitor the conversations without the criminals’ knowledge. In a move echoing the latter, criminals needed to be part of a closed network to get hold of a phone on which ANoM came preinstalled, while the devices themselves were stripped of all other functionality.

Among some of the features of the app included —

In addition, phone owners can also verify their contacts via a QR code, create distribution lists, and chat completely anonymously without even requiring a phone number, according to a listing from the now taken down anom.io website. 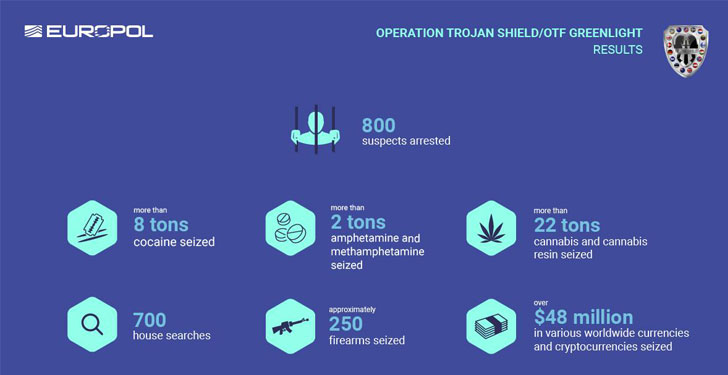 The FBI used a confidential human source, who had previously sold phones from both Phantom Secure and Sky Global to criminal organizations and had “invested a substantial amount of money into the development of a new hardened encrypted device” (i.e., ANoM), to distribute the devices to criminal networks.

“The devices organically circulated and grew in popularity among criminals, who were confident of the legitimacy of the app because high-profile organised crime figures vouched for its integrity,” the AFP said. By May 2021, the phones, which were procured from the black market, had increased to 11,800 in number, of which about 9,000 are in active use, spanning over 300 criminal syndicates operating in more than 100 countries.

The top five countries where Anom devices are currently used are Germany, the Netherlands, Spain, Australia, and Serbia, unsealed court documents show, with its user base having grown significantly in the aftermath of Sky ECC’s disruption.

“After the takedown of Sky ECC in March 2021, many organised crime networks sought a quick encrypted replacement for a communication platform that would allow them to evade law enforcement detection,” Europol said. “This was a deliberate and strategic aspect of OTF Greenlight / Operation Trojan Shield resulting in the migration of some of the criminal Sky ECC customer base to the FBI-managed platform ANoM.”

The international coalition that participated in the joint operation consisted of Australia, Austria, Canada, Denmark, Estonia, Finland, Germany, Hungary, Lithuania, New Zealand, the Netherlands, Norway, Sweden, the U.K. (including Scotland), and the U.S.

“A goal of the Trojan Shield investigation is to shake the confidence in this entire industry because the FBI is willing and able to enter this space and monitor messages,” per the court documents.